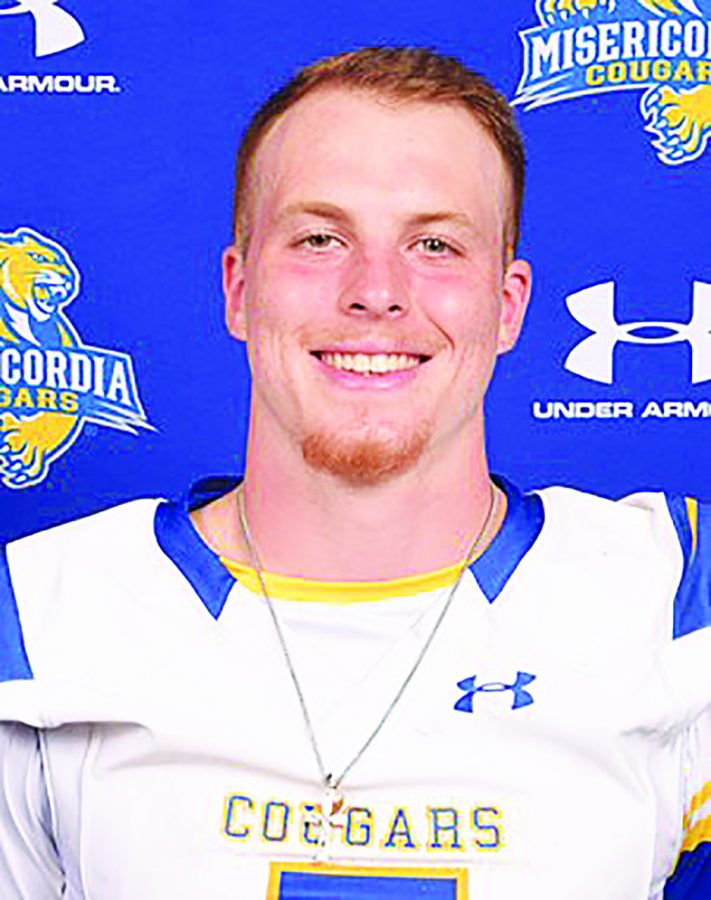 Zach Orzell, healthcare management, Pre-DPT major, and defensive back for the football team, is one of many athletes who lost the chance to play a final season for the Cougars.

However, he said that while it has been a challenge to adjust, he sees it as an opportunity to further rely on his teammates

He said the thing he misses the most about having a regular season is being able to hang out with the other players and getting to know the incoming freshmen on the team.

“It’s hard getting to know everyone when you’re not with them all the time,” he said.

He is using his downtime to focus on schoolwork and work on his agility and strength so he does not fall behind.

Orzell’s favorite memory of being on the team was the team’s overtime victory against Lebanon Valley College.

“I just loved seeing the resilience in everyone and not being in that situation before,” he said.

He said he looks back fondly on his time as a Misericordia athlete and student.