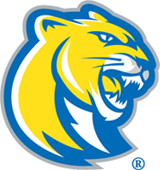 The Misericordia eSports season was officially canceled, along with the rest of NCAA sponsored athletics events for the foreseeable future, but the eSports team continues to compete by participating in the Gamers Vs. Cancer event, a charity stream designed to raise money for the American Cancer Society.

“It does warm my heart that these guys, even in these scenarios, want to stay involved and that’s probably the quickest email I sent out since all of this started,” director of eSports Greg Lewis said.

At least one eSports player is more than happy to take part in the stream.

“I saw the email from Greg and I was like, ‘I’m going to get this going. I really want to support this,'” said junior eSports and men’s volleyball player Matthew Churchill. “I’m not playing video games just to entertain myself. I’m playing video games to help out a cause.”

The streaming event is the March Madness of video game fundraisers and the Cougars are one of 64 teams in this bracket.

Their game of choice is live-streamed on Twitch and there is a link to Tiltify, where viewers and fans can donate towards the cause, which also helps the Cougars advance in the competition, regardless of how well they play. The school that raises more money during the week advances to the next round.

“For us, it’s a way to get our minds away from everything going on,” senior eSports athlete Jacob Viti said. “If people start joining and start watching, maybe first for like an hour or so, they can get their minds off of this whole situation. So, I’m just happy to be helping someone out.”

Churchill agreed, saying this streaming event can act as entertainment for people during tough times while helping an important cause.

“This offers a new window of entertainment for a lot of people that never expected it,” he said. “So, with us being able to help out, keep people entertained, this is one way where we’re able to impact at a very large scale with a very small group.”

Misericordia is currently one of the best fundraising schools in the tournament, and the money the Cougars raise will count towards the Relay for Life total for the school.

“The Florida States, the LSUs, the UNCs of the world and little Misericordia University is competing with them, beating them so far,” Lewis said. “These kids are able to raise the money to make the world a better place.”

Churchill said all the success the team has seen shows the impact that can be made when people come together.

“It shows that it doesn’t matter your size or how much of a global impact your school really has,” he said. “We are able to make our stand and do what we think is right and get other people to help us out.”

The Gamers vs Cancer College Streaming Tournament runs through May 13. As of April 24, the Misericordia eSports team was in third place in round three behind Missouri and UCLA.

Donations may be made to Misericordia’s campaign at tiltify.com/american-cancer-society/college-streaming-tournament. Updates on live streams can also be found on the team’s Twitter page, @MUCougar_Esport, and Instagram page, @misericordia_esports.