In One Ear: Notes From The Local Music Scene 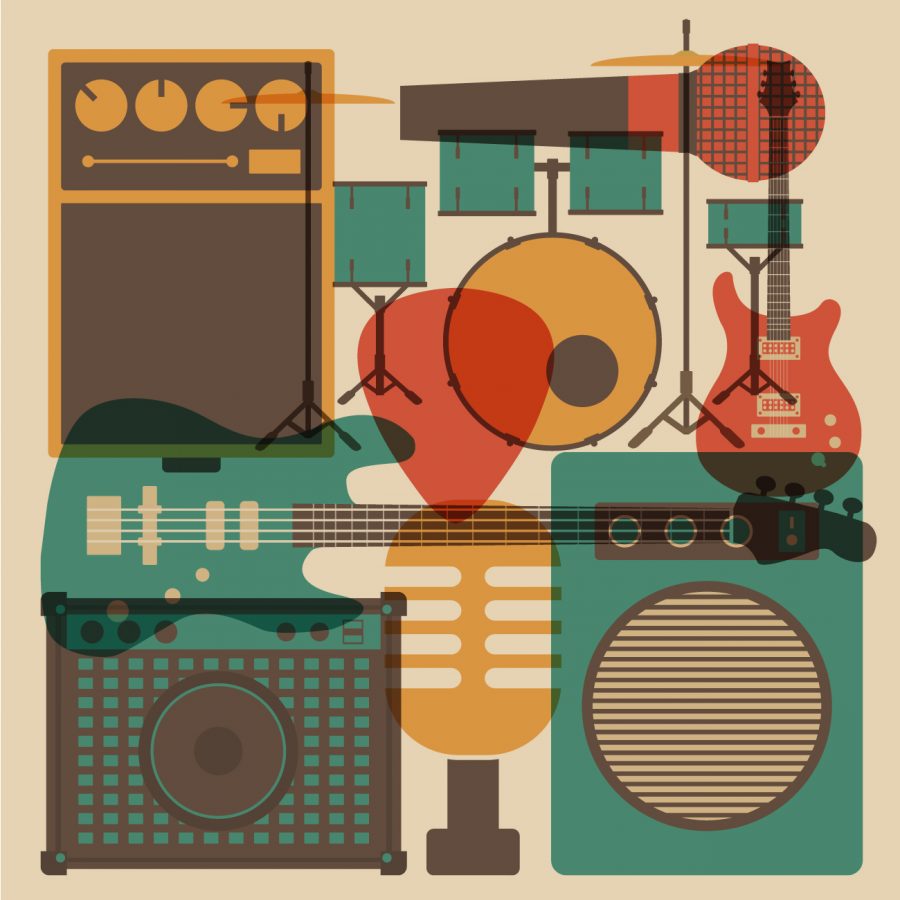 The fact that there’s anyone reading this means I did something right last time, since this column has survived for issue number two. But let’s skip the niceties and charge into what brought you here in the first place—the music.

PJesus (or Paul Joseph Cimino, as is written on his birth certificate) is a musician making his home in the Electric City, better known as Scranton, Pa.

While he devotes most of his time to PJesus, his solo project, Cimino is also a member of local indie rock band Crock Pot Abduction.  Two of his band mates in CPA, Connor Langan and Dom Ludovici, are members of the band I profiled last week, Karate Camp. There’s a lot of crossover among bands in the local scene, because performing in as many bands as possible is the best way for musicians to play as often as possible.

Cimino describes PJesus as, “very experimental progressive music, if you’re into that sort of thing.”

His biggest influence is a band called Periphery, which Cimino started listening to a few years ago. Periphery is a progressive metal band and a pioneer in the djent style.

While he does not currently perform as PJesus, Cimino can usually be found performing Tuesday nights at Thirs T’s Bar & Grill in Olyphant when NEPA Scene’s “Got Talent” is in session. NEPA Scene is a local entertainment media website that adds to the entire local arts community.

PJesus’ last release was in January 2015, with a single called “Qwertiplunge!” and he is working on “Conclusions,” and has been since January of last year.

“I feel like this time around, I’ve really switched things up musically and it is totally unlike anything I’ve ever done before,” said Cimino.

He plans to release the album in December.

Lest We Forget: Café Metropolis

Now I want to revisit a venue that is gone but certainly not forgotten. I mentioned a few in my first column, and the Café Metropolis (often shortened to just Café Metro) was one of them.

The venue dated back to the 1990s when it was in the basement of the now-demolished Hotel Sterling in Wilkes-Barre. (Starting to notice a pattern of places closing down, or getting knocked down?). I recently found out it was a goth club when it opened, which surprised me a bit, as that was not the Café Metro I knew.

My first assignment for the Pittston Area Patriot Press was covering the venue’s final show.

“I’d been going to shows for upwards of 10 years at that point and I can honestly say without a doubt that if it wasn’t for the Cafe Metropolis, I would be a completely different person than I am today,” said Uriah Thomas, lead singer of local band Dead End Path.

The Café Metro was a pillar in the local hardcore music subset of the scene. Bands like Title Fight and Motionless in White started out playing there, and Breaking Benjamin played many early shows there. While it was commonly viewed as the Wilkes-Barre or Luzerne County venue, it featured artists from cities throughout the country and even some international musicians.

It was more than just a place to hang out and hear some music; it was a place where parents could drop off their kids and not worry. It was a place that gave local acts a chance to play and develop their skills, but most of all it was a place where kids could come and forget about all their problems every Friday and Saturday night and just have a good time.

“The closing of Cafe Metro was, and is, a true shame. Local venues are essential in keeping original music in NEPA. During my career with So Long, Pluto, I have seen many venues both open and close their doors, including Test Pattern, The Manhattan Room Project, and The Blues Street Cafe,” said Matt Belfanti, a drummer of So Long, Pluto, a band that has been on an extended hiatus as life took each of the members in different directions, though I am always hoping they will come back and play more shows.